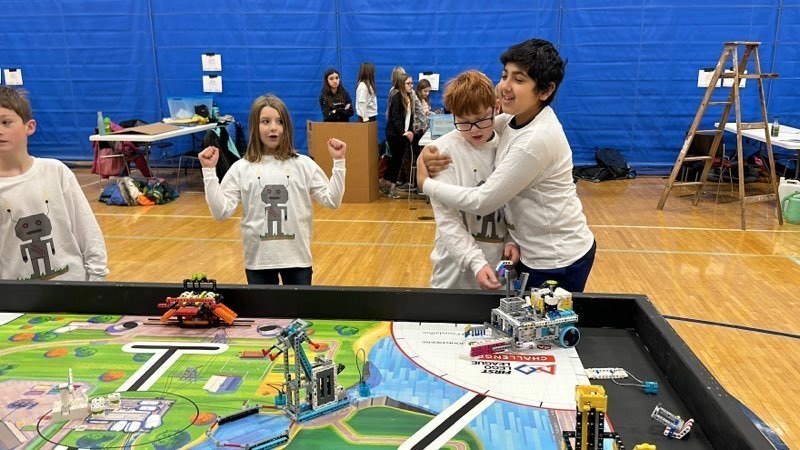 FLL is a robotics competition for 4th through 8th graders and consists of four parts; a Coopetition Challenge, a Research Presentation, a Robot Competition and a Robot Presentation. Through robotics, Hermantown Lego League teams ignite their interests in math, science, engineering, and computer programming. Team members build and program their unique robots. In addition, they practice and perfect presentations.

Throughout the tournament, teams had to talk to judges about their robots, tell the judges what Lego attachments they built to help the robot complete missions, how their code worked to make the robot move and had to solve a problem that was related to renewable energy.

Teams have been meeting since August.